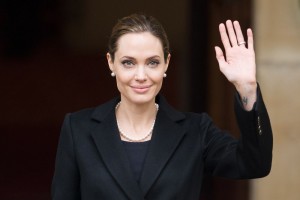 (FILES) April 11, 2013 file photo shows US actress and humanitarian campaigner Angelina Jolie leaving Lancaster House in central London after speaking during an announcement of funding to address conflict sexual violence on the sidelines of the G8 Foreign Ministers meeting. Angelina Jolie revealed May 14, 2013 that she has undergone a preventive double mastectomy to reduce her risk of cancer. The American actress wrote in an opinion piece entitled “My Medical Choice” in The New York Times that she had chosen the procedure because she carries a faulty gene that increases her risk of breast and ovarian cancer. AFP PHOTO / LEON NEAL / FILES

We use cookies to ensure that we give you the best experience on our website. If you continue to use this site we will assume that you are happy with it.Ok